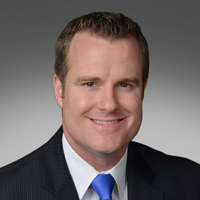 Derek is the Managing Principal and CEO of U.S. Strategic Capital which he founded in 2013. Derek has been the owner of several successful small businesses before being recruited into Investment Banking.  From 2007 until 2012, Derek was a Managing Director at Commerce Street Capital of Dallas, Texas; running the BCG Group which was responsible for raising & investing $547 million over 31 different equity offerings just during the economic downturn. Derek has successfully invested in and raised capital for Small Business Investment Companies (SBIC’s), a multitude of Private Equity Funds, in addition to lending money to well over 100 small businesses.

Derek was a co-founder and Board member of the Alpha Fund, Compass Phoenix and CFIII Funds which are Private Equity Real Estate Funds based in Atlanta. He is on the Board & Finance Committee of Enduring Hearts, a non-profit which focuses on children’s heart transplants. Derek is also a co-founder and Board Member for the USSC Alternative Income Fund, the USSC Venture Fund & the USSC Athlete Lending Fund.

Derek earned a Bachelor of Business Administration with a focus on Finance and Marketing from the University of Georgia. He also graduated from the 3 year program at The Graduate School of Banking at Louisiana State University. He resides in Milton, Georgia, with his wife and their 4 children.